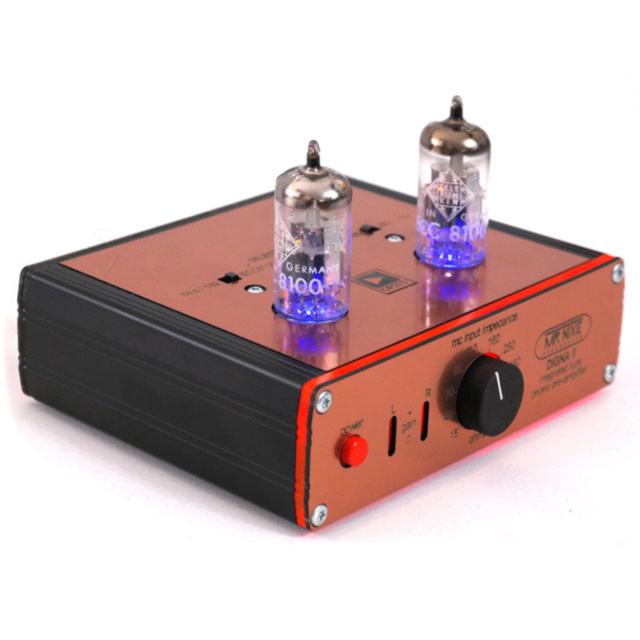 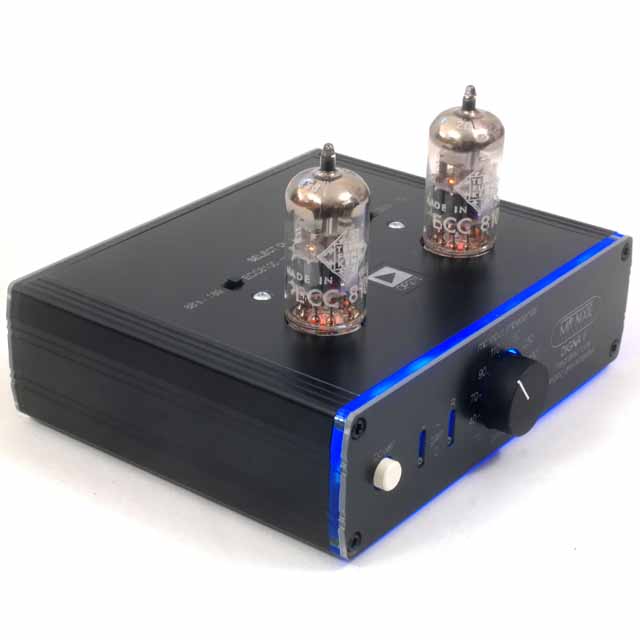 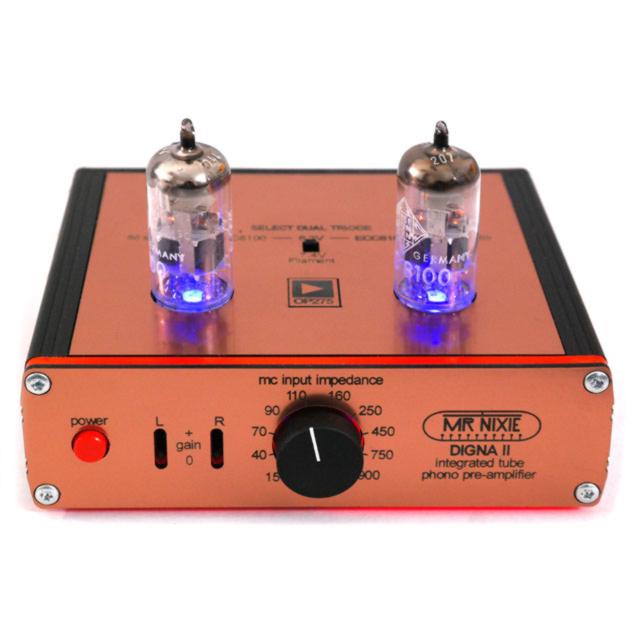 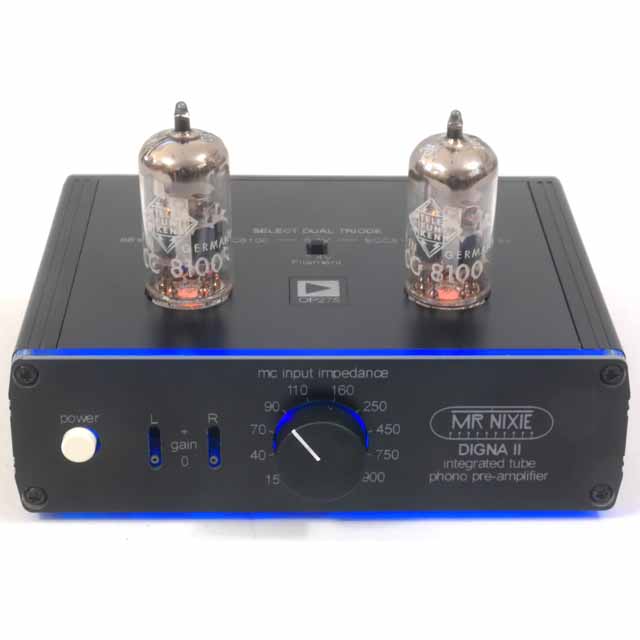 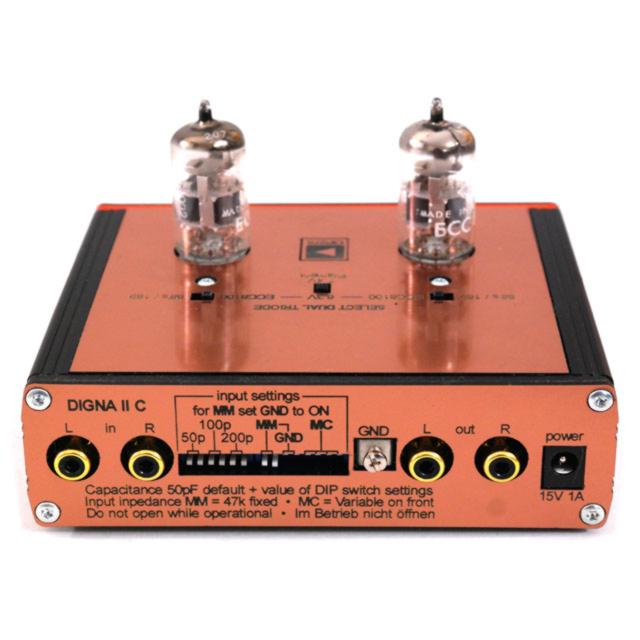 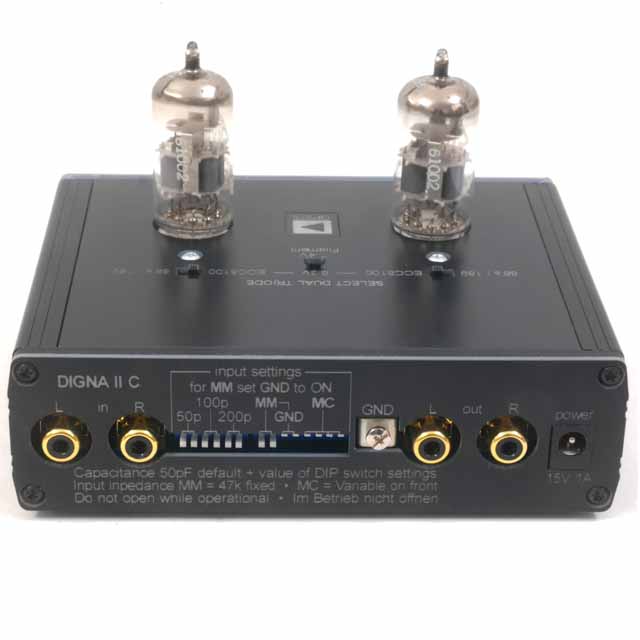 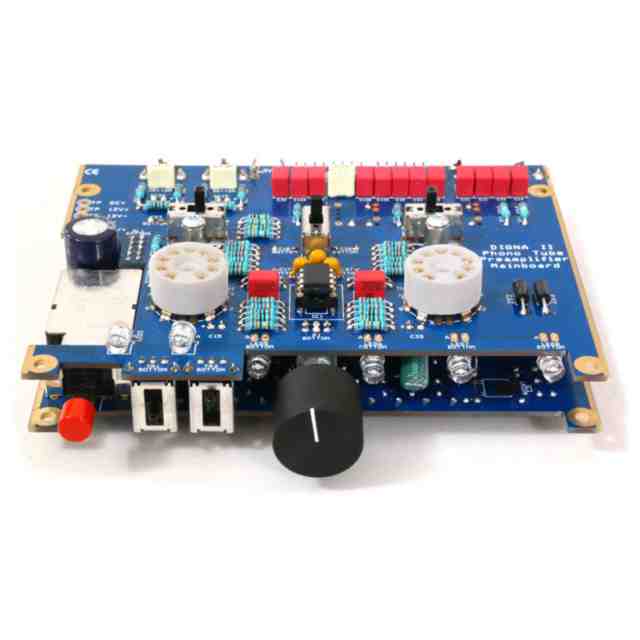 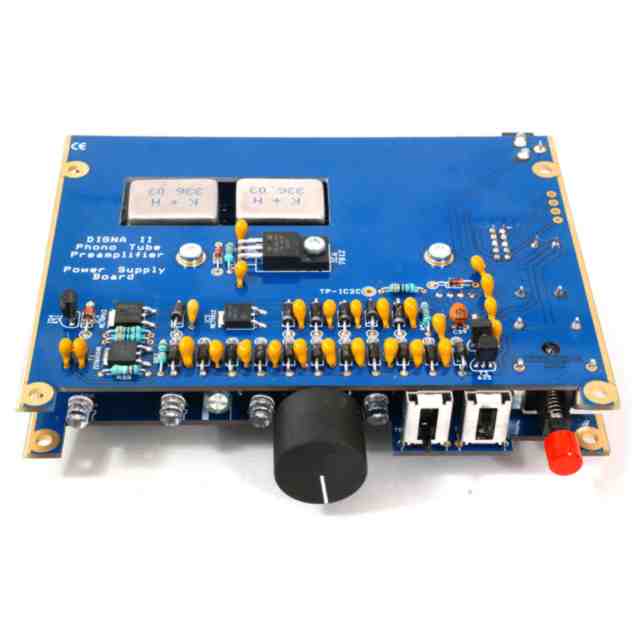 As in the meantime my Mr.Nixie Superb Phono has become established as an insider's tip in audiophile community, they called for some additional features, like an easy adjustment of the matching impedance and capacitance to the cartridge. At the same time even higher demands on acoustical performances were formulated, which results in the development of an independent sonic reference.
After several months of extensive R&D time such an audio reference has been created, which needs not to shy the comparison with the best and most expensive phono preamplifiers of the commercial market.
As the idea for the development was being made in the audiophile DIY community, it was only appropriate to offer a new phono preamplifier as a kit version which gives the experienced DIY now a portal to the unknown acoustical reference technology. As a reminiscence for the developmental efforts this new phono preamplifier bears the beautiful name DIGNA.
The price-performance ratio of the DIGNA can be described only as "galactically" after various listening tests against established high 4-digit priced high-end top dogs and is absolute unique on the market.
Only audiophile components have been choosen for DIGNA, creating a DIY standard that is not available on the world market in this top quality.
Another special feature is that thanks to its 3-PCB concept, the DIGNA runs absolutely hum-free even without any enclosure. This opens up a completely new ways for "case-modders" as they can now create their own housing. Appropriate mounting holes are available on the PCBs.

In addition to slide switches accessible from the top for different filament voltages
and tube types, there are now two versions available:

The DIGNA II C with fully equipped MC / MM input and same features as from the "old" DIGNA and...
the DIGNA II M whereas the expensive additional components for the MC input have been omitted
for all customers, who want to use their existing MC audio transformers or High Output MC pickups.

In the "HiFi und Lebensart" German forum you'll find a very long thread about the DIGNA...


Extras only on DIGNA Version C

Fully assembled and tested device incl. power supply with mains plug depending on your country, but without tubes

During the Corona crisis we need to check the shipping costs individually for every country.
So please contact me at Mr.Nixie@Nixiekits.eu first when you'll ordering. Thank you