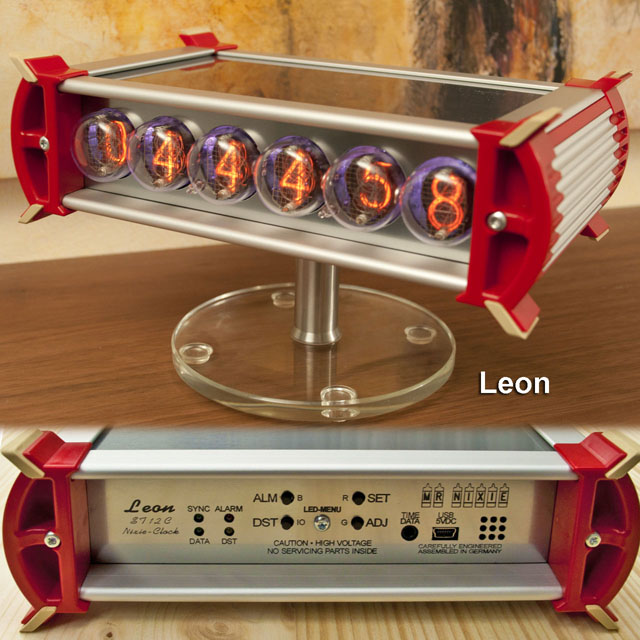 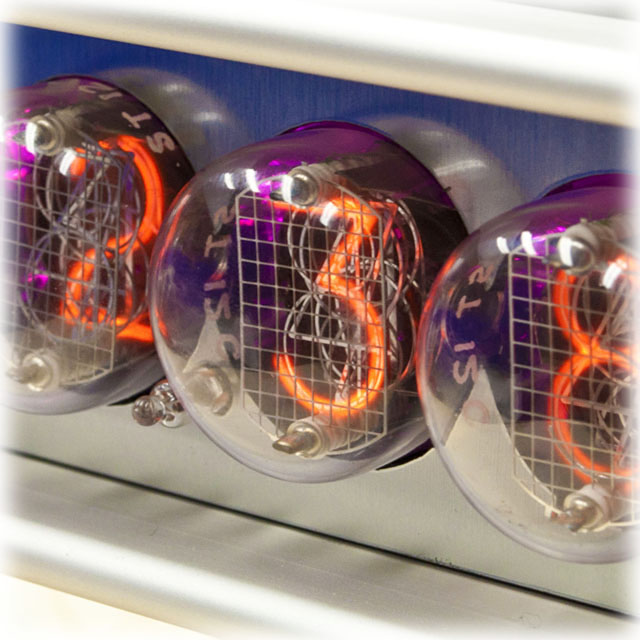 Leon is a Nixie clock based on a common motherboard platform and differs from the Laura / Lars / Lena and Sven reloaded Nixie clock (all sold out) only by the enclosure and the Nixie tubes.

During the development, special attention was given to get a successful "symbiosis" of display technology from the 70s together with modern processor and latest converter technology, combined with an extremely low power consumption of less than 2.5 watts with active display.

A connection jack for an external time receiver (DCF time or NTP receiver with reception via the Internet / WiFi) and a DST button for fast switching between day saving time are just as self-evident as an alarm buzzer with snooze, date display, night mode, auto turing off tubes on weekends or weekdays and the adjustable RGB tubes lighting.

We also tried to use as many parts as possible "Made in Germany". Examples are the aluminium frames from the design series "Chac" by Fischerelektronik from Luedenscheidt or the glass table stand from Koenig & Meyer (unfortunately no longer available); for mounting the clock was equipped with a 3/8" thread at the bottom.

You will get a completely assembled and tested clock and an USB power supply with mains inserts for EU/US/UK and on request also for Australia / New Zealand. Time signal receivers as well as the glass table stand are offered optionally.

This offer is only available for our non-EU customers in Switzerland, USA, Australia, Canada etc. 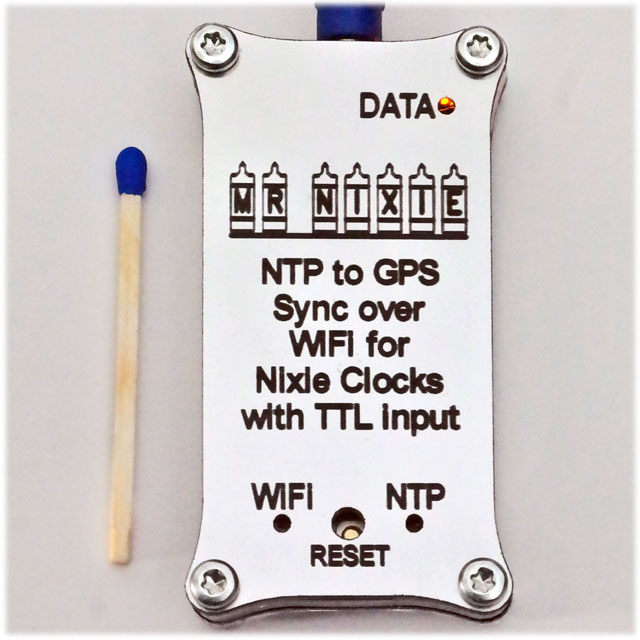 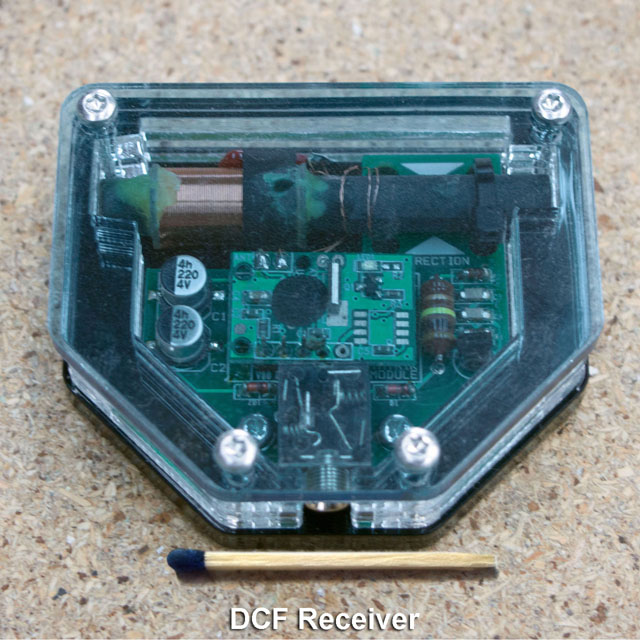 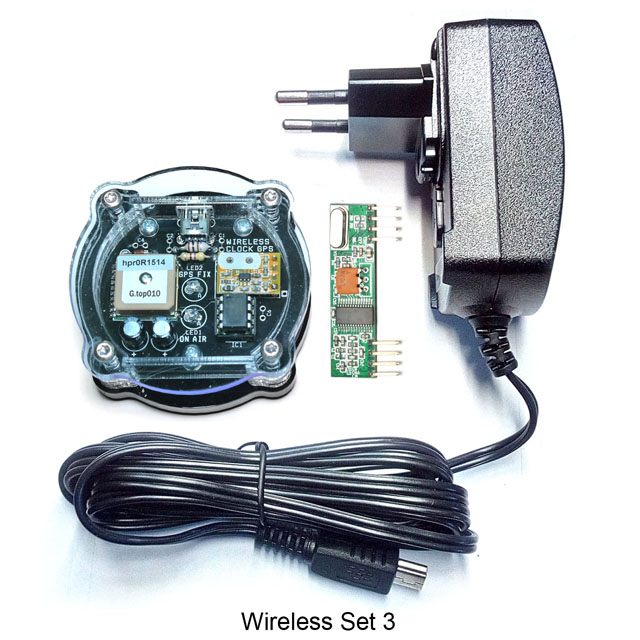 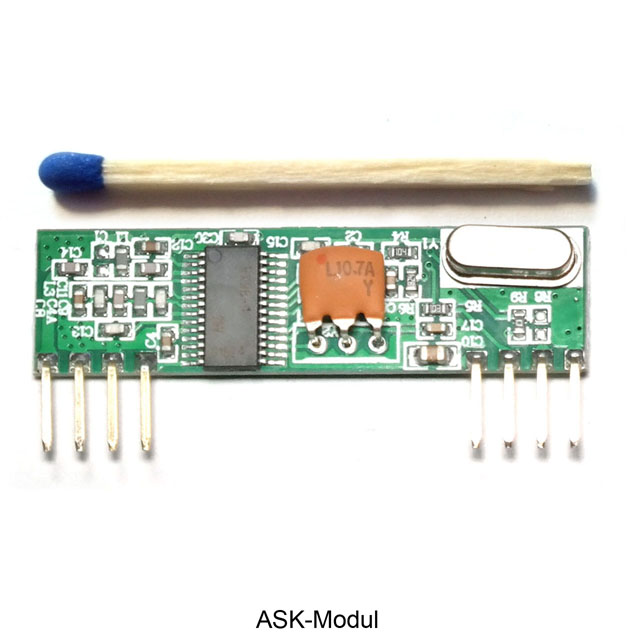 Due to the Corona virus and the issues by several shipping services, automatic PayPal payment via basket is suspending.
Please contact Mr.Nixie@Nixiekits.eu first if you are interested.

Personal and professional advice from the manufacturer is our permission.

Therefore, please contact us via email before placing an order so that we can offer exactly the component that is tailored to your needs.

Shipping costs
Flat shipping costs within Germany of 7.50 or 8.50 EUR are added per order; shipping to "DHL-Packstation" is possible.
The prices of the DE / EU versions includes the German VAT.

Especially when shipping abroad, different shipping costs are incurred during the Corona crisis or we are convenanted to certain shipping service providers. Unfortunately, this has to be clarified manually in advance.

Handling fees
Higher handling costs for export are already included in the item price exept of import duties, taxes etc. These charges are the buyer's responsibility.
back to top