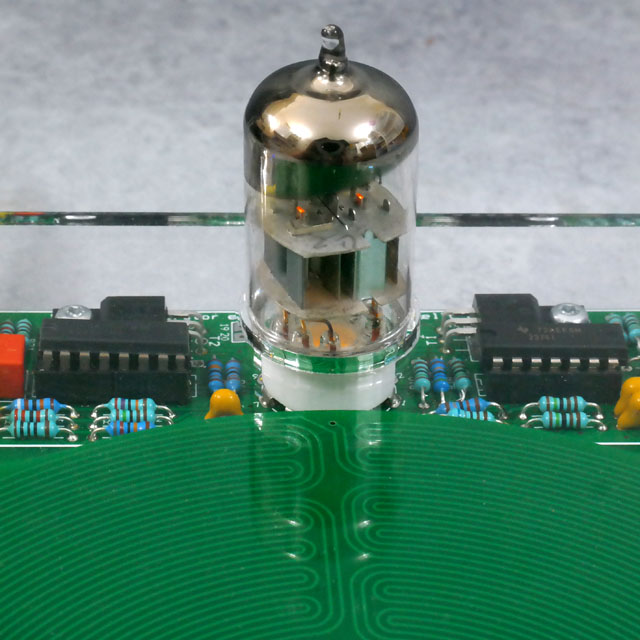 Already mentioned by Nikola Tesla around 1900, first discovered in 1952 by the German physicists Winfried Otto Schumann and Herbert L. König, experimentally generated in the 1960s...

At any given time, about 2,000 thunderstorms roll over the earth, generating about 50 flashed of lightning every second. Each lightning burst generates electromagnetic waves that begin to spin the earth, trapped inside the earth's surface and an electrically conductive boundary (Ionosphere) at an altitude of about 100 km.

These so-called "Schumann waves" (named after their discoverer) are earth-orbiting and very weak, but always present. Our human body has therefore been conditioned and familiar with them for thousands of years.

Due to today's "total electrification" of households, however, these waves are overlaid by the noise of the mains frequency, WiFi and other RF signals.

Was can be done about this ?

It's actually quite simple: Get the Schumann frequency back into your home by setting up a generator that regenerates these waves in healthy doses.

The origin and propagation conditions of these Schumann resonances - and what is all about them - can be explored on the Internet.
But please study this from a reliable source and not from some esoteric shop and its "mystical" description of the resonances with their effects on the human psyche or even the overwhelming miraculous effect of an offered electronic device.

During the development of Mr. Nixie's Schumann Tube Wave Generator, however, one question was quite elementary:
How can the effect of the free moving electrons in the plasma of the flash bursts,
which ultimately causes these resonances, been transferred into one's own castle?

And this is where the electron tube comes in: Even in a tube, the electrons move in a free field from the cathode through the grid to the anode.
And to avoid the need for several thousand volts and to prevent "thunder", the tube is evacuated to eliminate the interfering gas molecules.

Just like the homely sound of a tube audio amplifier, the emitted electrons in Mr.Nixie's Schumann Tube Wave Generator do not have to "squeeze through" a doped semiconductor material after the signal generation but have a free "movement" with all its imponderabilities, as it also occurs in nature.

There can hardly be anything closer to the massive original effects created by nature and the flash bursts than this circuit variant made with an electron tube.

However, the development and component effort is not as low compared to low budget units produced in the Far East. But especially with such a subtle phenomenon as the Schumann resonance, you should attach importance to cleanly designed devices, because it should give "more ease and pleasure to your life".

The generator's output can be fine-tuned to the environmental conditions and the sensitivity of the person using it by turning the potentiometer located on the device. In addition with an electron tube in the circuit for signal conditioning, this is another unique feature of Mr.Nixie's Schumann generator.

But you should not imagine about the influence that - after turning on - you'll see things at once through a fresh cleaned rose-colored glasses and you're feeling much better - a kind of "exhilaration" so to say.
It is much more sophisticated and a real description is difficult to give without drifting off into esoteric unobjective formulations.
It feels more as if everything is running a very little bit smoother - and in its end this also applies to the music playback: You are more attentive and concentrated, but without noticing it, and therefore you hear even more subtleties that were previously virtually lost in the "run of everyday's life".


Perhaps this concluding sentence best describes the way it inspires you:
You don't miss the Schumann generator if you do not have it.
But once you've got it, you don't want to miss it.

Here you can read the complete description

And yes, we proudly presents the real measuremens including the tube-typical harmonic spectrum.

During the Corona crisis we need to check the shipping costs individually for every country.
So please contact me at Mr.Nixie@Nixiekits.eu first when you'll ordering. Thank you