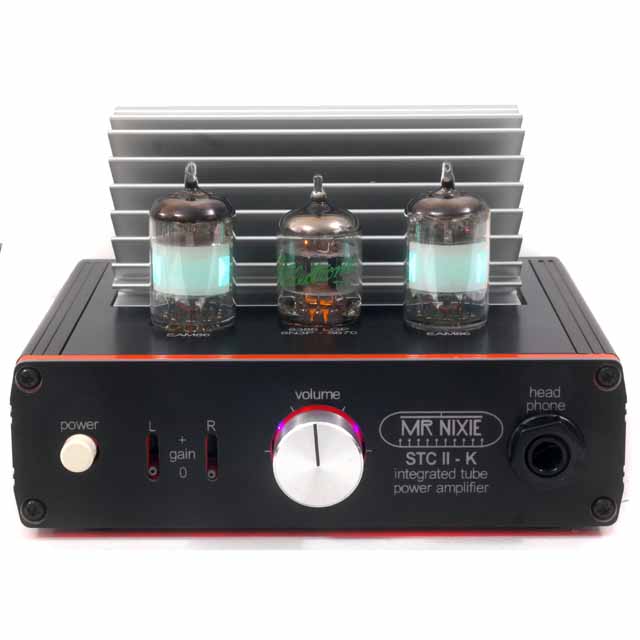 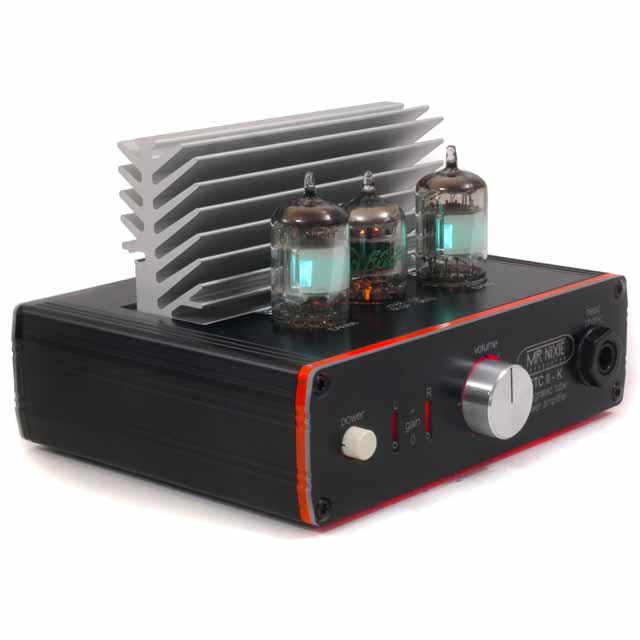 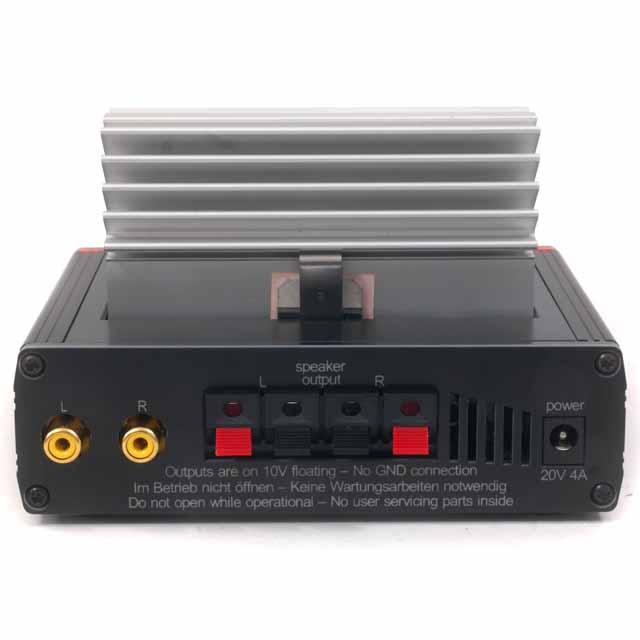 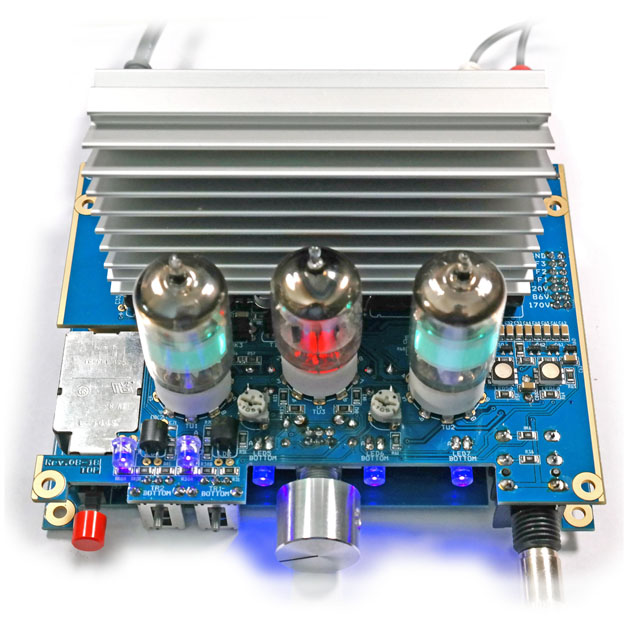 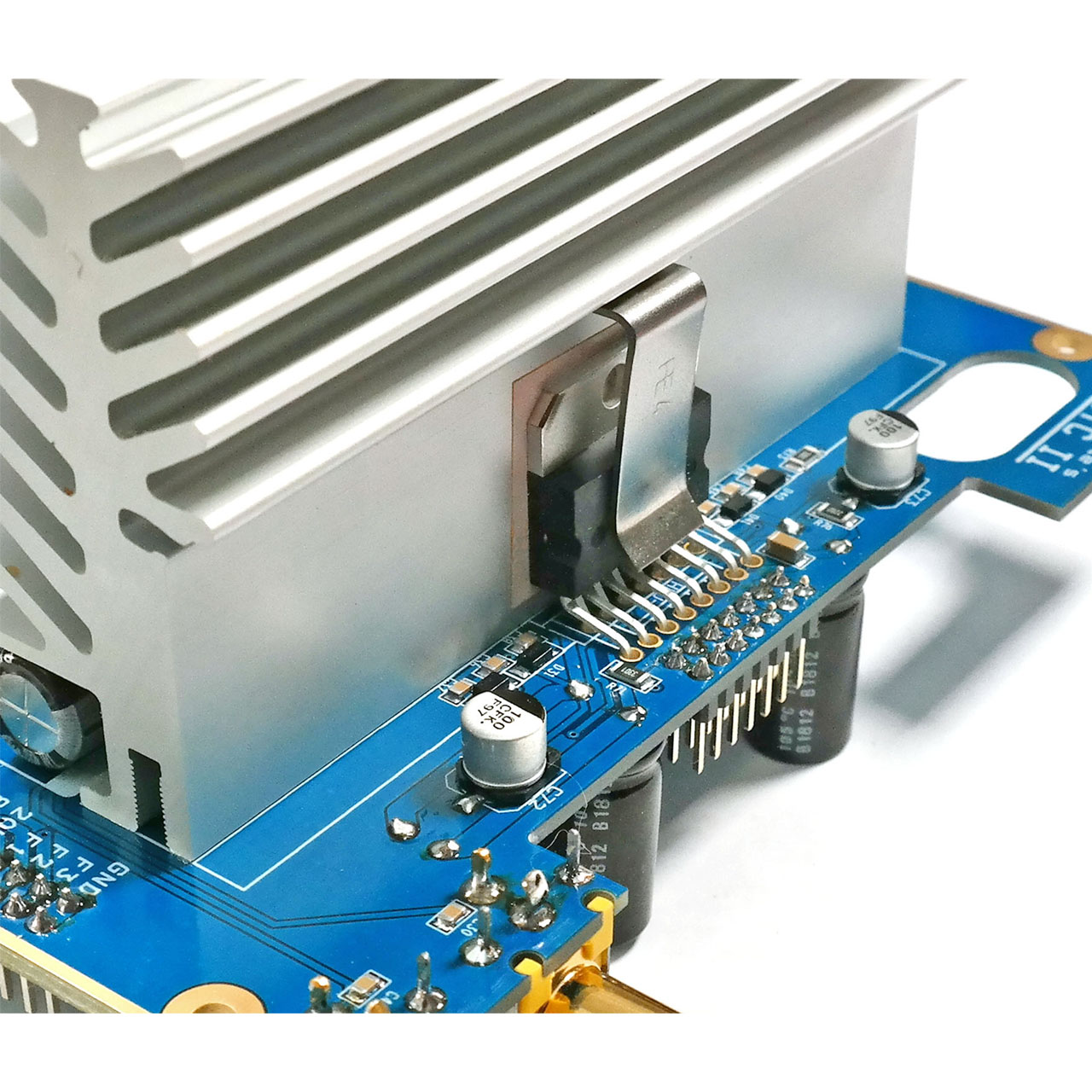 "A small amp, which usually should not exist, because it makes possible, what can not be possible"

A thread about this new amp you'll find in the "HiFi und Lebensart" Forum (German)...

In the late 90's the Japanese Shin-ichi Kamijo created special circuitry for tube amplifiers to bring the rough sound of a Pentode power amplifier closer to the soft sound quality of a Triode stage.

This was archived by adding a kind of "non-linear negative local" feedback by supplying a small amount of the modulated Anode voltage from the power Pentode before the putput transformer to the Anode of the preamplifier's Triode.

The special feedback circuitry results in:
1st: The triode now "sees" the limited frequency response and distortions due to the modulated Anode voltage of the Pentode. The feedback circuitry adds these errors to the audio signal. Due to the 180° phase shift of the inverting power amplifier stage (negative feedback) these distortions will be eliminated and the frequency response is flattened. In a way, the Triode "supervises" the Pentode power amplifier stage.
2nd: Normally the feedback path is connected to the Triodes Grid but in this case it’s connected to the Anode so the Triode "sees" only the Pentode's distortions (and eliminates it) but not its own harmonic distortions.

But why not using such a circuitry for a semiconductor power amplifier ?

The result is absolute astonishing! The end result is the well-known Triode sound! You do not hear the semiconductor “sound” with its distortions; only the warm Triode tube sound is present and nothing more!

That's why we go back to the Middle Ages ... (In the movie "Ben Hur" by Warner Bros. Entertainment, from which the screenshots come, even until shortly after Christ's birth - please do not take the whole thing so literally, it really only serves to the view)

„Sweat runs down the back. The slaves moan on the oars. They push the straps forward. The rudder blades slide down onto the water, submerge. Then the men drop their torso backwards and pull the straps back towards them. They pull the oars out of the water. Without pause the emaciated figures push the belts forward again. Everyone works in one cycle, working like a machine. Drum beats set the beat. If you can not keep the pace, you will feel the whip. The guards thrash their bare backs with full force.“
(from Zeit Online: http://www.zeit.de/2010/26/Seefahrt-Galeerensklaven).

In fact, one can very visually compare the STC principle with a rudder galley:

The Consul is our input signal, here the direction is given.

The slaves on the oars, this is our semiconductor power

That the drummer, who dictates the rudder clock after announcement by the consul, will also have volume and speed fluctuations or a certain "freedom of choice," the overseer with the whip and the consul do not notice it, as the main thing is to progress as desired. But exactly this "inaccuracy" produces the pleasant and harmonic K2 harmonic distortion typical of a tube.

But the overseers notice very well, if the rowers no longer come after and you have to "help" with the whip, so that they will faster work, that is the "STC-part" of the tube.

The tube compares the feedback signal from the semiconductor power amp output to its own signal input, but "forgets" its own produced errors and their correction. This remains in a control signal, which represents only the deviations between semiconductor audio input and output stage minus its own produced error (K2 harmonic distortion). And as the semconductor power output stage is not as fast as a tube in the slew rate, the transistors will be hidden with the whip to speed them up.

The output stage input signal is mixed with "whip strokes" in the form of needle pulses to approximate the slew rate of the output signal to that of the input signal. It is almost unbelievable to see this effect with a square wave input; and who presented it for the first time on an oscilloscope, rather believes in a measurement error. The output signal for the speaker really looks almost too "perfect"; and once you turn off the STC correction, you can see that the power amp is "slower" and the edges of the rectangle are flatter. Not only for this reason, such an STC power amp sound is incredibly dynamic and "fast".

But such a "signal treatment" also has (like secretive) disadvantages: These needles also consume energy from the power supply and what if the power supply can not deliver anymore, let's say "power of the oarsmen is in the end despite whipping blows"? Then it looks like in the movie:

The rowers break down because they can not give more power anymore and all runs completely out of rhythm.
Transferred to the power amplifier stage this means, the tendency to oscillate and especially the non-harmonic distortion increases dramatically - and much worse - than in a normal semiconductor amplifier, if you drive the STC permanently into clipping.

The bottom line is that:

1st: We need a power supply which is able to deliver the spikes, this is not achievable with conventional electrolytic capacitors due to their internal inductance; So Low ESR or even Polymer types have to be used.

In addition, we must take care not to drive the amplifier too long in the above-mentioned clipping to eliminate audible disadvantages. For this purpose, it is necessary not to limit the semiconductor power amp input, because then the whole thing will be much worse, but the audio input of the upstream triode.

But once you have the whole thing under control, you get as a result a power amplifier that really sounds like a tube without the "touch" of silicon and - thanks to the low-resistance semiconductors - has also enough power without high operating voltages and without output transformer.

At the same time, the costs in operation are also reduced by the very short lifetime of the exhausted power tubes in a tube designed amplifier. The triode in the input stage, however, is operated far below their maximum values and this results in an "eternal life".

You can also see how "loud" the max. 18 watts from the small STC amplifier can be. You cannot believe that the amp has only “so less” output power.

Of course, the ear also wants to be satisfied, and if the STC is incredibly dynamic even at lower volumes, you do not need the extremely high volumes, because it just "feels" louder.

For sure we can say that the STC principle does not work miracles. A worse sounding power amplifier will never run to its full potential with "STC correction", at the very most to a RF oscillator. The power amp needs to sound clean without STC and run absolutely stable - even at high frequencies. Then the STC principle sets the really tasty icing on.

For the technicans: Some oscilloscope screenshots

The amplifier is feeded with a 1 kHz square wave signal

The same signal, but 50-fold zoomed on time axis

And this is the input signal of the power amplifier stage, direct taken from its input pin.

Even when unpacking, you quickly realize that components, boards and housing components are of very high quality. I immediately got the urge to heat up the soldering iron.
I soon started to build. The description is topp and with some experience it is not rocket science to assemble the STCII. After about 5 hours (including smoking and drinks break), it was time: The first test with headphones and for the time being with the 5670 dual triode, already "burned-in" in my first STC I amplifier. The first impression blows you formally away. Such a compact device and such a strong sound! First, Anthony Rother spanked my ears with Hackers. Every sound is placed exactly where it belongs. Extremely clean highs and mids, the bass very expressive. I could not hear any distortions. Next, it should be a bit rockier - Tool with Lateralus. Oh yes ... The E guitar at the beginning very clear, absolute goose bumps. So I continued my little excursion with different songs from different genres.
But that was not the end of the flagpole. Exchange of the GE 5670 dual triode against the 6386JJ. Well there ... I did not expect that there would be much more, but with the 6386JJ is actually something more. The sound becomes more dynamic, warmer and the basses are still increasing. You can't belive that. So you really think with Ben Howard's The Wolves that his colleague sits right in front of you. Also in many other songs I perceive sounds that have just gone down with my other amp. At the moment the STCII is running on my Teufel loudspeakers. They have come to life now.
I did not think that the "little guy" would handle the continuous operation, but I was wrong. It runs and runs and runs ... The sound is very full and warm, although the STCII is still "honest". He can easily keep up with devices that are many price ranges higher, even there he will beat one or the other amp. The STC II plays on a very high level and sounds neat as a tube amplifier.
Two friends of mine were so excited that they had to get one too. So I was allowed to build two devices more.

Personal and professional advice from the manufacturer is our permission.

Therefore, please contact us via email before placing an order so that we can offer exactly the component that is tailored to your needs.

Shipping costs
Flat shipping costs within Germany of 7.50 or 8.50 EUR are added per order; shipping to "DHL-Packstation" is possible.
The prices of the DE / EU versions includes the German VAT.

Especially when shipping abroad, different shipping costs are incurred during the Corona crisis or we are convenanted to certain shipping service providers. Unfortunately, this has to be clarified manually in advance.

Handling fees
Higher handling costs for export are already included in the item price exept of import duties, taxes etc. These charges are the buyer's responsibility.
back to top